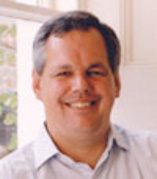 Tony Baldry has been a Member of Parliament for 27 years (elected in 1983).
He has been the Second Church Estates Commissioner since June 2010.
He is a Church Commissioner and ex officio a member of the Church of England’s General Synod.
Tony Baldry was a Minister for some eight years, appointed to Government by Margaret Thatcher, and then served in the Conservative Government throughout the whole of John Major’s premiership. During the 2001-2005 Parliament, he chaired the Commons Select Committee on International Development and continues to take a close interest in International Development and Foreign Affairs.
Tony Baldry is a practising Barrister, Head of a commercial Set of Chambers in the Temple. He is also a director of a number of companies.
Tony Baldry is Chairman of the Conservative Party’s Human Rights Commission.
Tony Baldry is an active Member of the House of Commons and is an officer of a number of All Party Groups.

He held various ministerial posts from January 1990 until the 1997 General Election:
-1990: Parliamentary Under Secretary of State Department of Energy – when together with John Wakeham he privatised the electricity industry.
-1994: Parliamentary Under Secretary of State Department of the Environment – responsible for all aspects of the Department’s work including environmental protection, construction, housing and planning.
-1994-1995: Parliamentary Under Secretary of State Foreign and Commonwealth Office – wide range of responsibilities including South Asia, Africa, North America and the West Indies.
-1995-1997: Minister of State Ministry of Agriculture, Fisheries and Food.
Whilst a Minister, Tony Baldry led numerous overseas business export missions which won millions of pounds of orders for UK plc.
He was Personal Aide to Margaret Thatcher in the October 1974 General Election and subsequently remained in her private office when she became Leader of the Opposition.
Awarded the Robert Schumann Silver Medal for contribution to European politics in 1975. E-Politix International Charity Champion 2003.
Chairman of the Conservative Party ‘s Commission on Human Rights.
A Governor of the Commonwealth Institute 1997-2005.
A Member of the Council of the Overseas Development Institute.
A Member of the Council of Chatham House.
Patron of Friends of Africa.
Patron of the Loomba Trust.
Member of the Afghan Action Board and Trustee of the Afghan Training Foundation.
Founder member of Link Tank, a think tank for helping promote job creation and the better effectiveness of the labour market (www.link-tank.org)
Tony Baldry is a practising Barrister. He is Head of a set of commercial Chambers, 1 Essex Court, in the Temple where he specialises primarily in Commercial and International Law. He is also a Fellow of the Chartered Institute of Arbitrators and a Mediator. He is a member of the International Bar Association.
In addition, Tony Baldry is a Director of the following companies:
-Woburn Energy plc (Deputy Chairman). AIM-listed company. Oil and gas exploration.
-Chairman of the International Advisory Committee of Curve Capital Ltd.,
-Mastermailer plc.
-Taha Partners Ltd. promoting trade and investment opportunities in Iraq.
-HCFI Ltd., an Egyptian public company, with a broad portfolio of interests from aviation to medical technology.

Tony Baldry is also an executive partner in Diamond Film Partnership, a UK Partnership promoting UK film and television production rights.
Tony Baldry has a Master of Arts Degree in International Development and a Bachelor of Law Degree, both from the University of Sussex. He was a visiting Parliamentary Fellow at St. Antony’s College, Oxford 1998-1999 and continues to be a guest member of the College.
Tony Baldry is also a Chartered Fellow of the Institute of Personnel Development; a Fellow of the Chartered Institute of Building, and a Fellow of the Royal Society of Arts.
Tony Baldry served for twenty-two years in the TAVR, his final appointment was as an Honorary Colonel RLC (V). He is a member of the Royal College of Defence Studies.