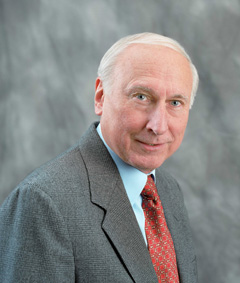 Ray Stata was a cofounder of Analog Devices, Inc. (ADI) in 1965 and served as CEO and Chairman until 1996. He now serves as Chairman of the Board.
With sales of $2.5B, ADI is recognized for leadership in the design and manufacture of analog and digital signal processing semiconductors. ADI’s initial focus was on high performance operational amplifiers and other linear IC’s, but this was soon followed by data converters and later by digital signal processors (DSP).

A graduate of the Massachusetts Institute of Technology (MIT), Mr. Stata holds a BSEE and MSEE. Until 2010 he was for many years the Chairman of the Visiting Committee of the Department of Electrical Engineering and Computer Science. He served as well on MIT’s Corporation and as a member of its Executive Committee.

He is also actively engaged in MIT’s Venture Mentoring Service which at any one time is advising students and faculty of more than 100 want-to-be entrepreneurs through voluntary services of MIT graduates who have been successful entrepreneurs.